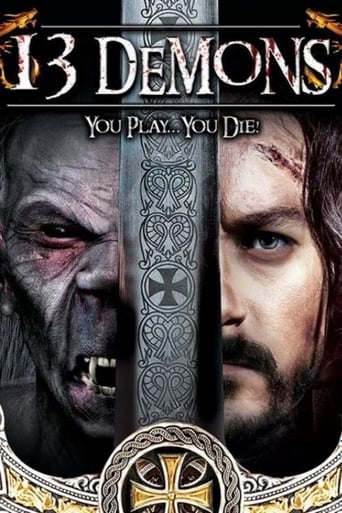 Gary, and his friends who are into gaming, renaissance fairs and various unsavory vices, s..

Gary, and his friends who are into gaming, renaissance fairs and various unsavory vices, stumble across a rare, medieval board game called "13 Demons." They discover the game has a dark history and was banned from most countries long ago for strange and mysterious reasons including unexplained deaths attributed to the game. The object is to free the Realm of Darkhaven from the 13 Demons of the Apocalypse. They chalk it up to urban legend and decide to play, what they don't know is that the 13 Demons presently walk the Earth disguised as humans. Slowly, the game consumes them, seducing them into believing they are "The Golden Paladins," and are on a holy mission to save the world. But when the news reveals a number of local deaths caused by tree branches, baseball bats, hammers, etc. from assailants adorned in body armor, the thin line between reality and fantasy is shattered and the horrific realization that they are in way over their heads sets in. 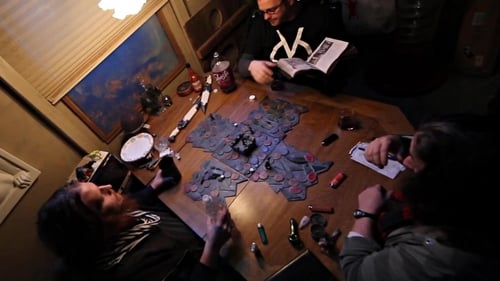