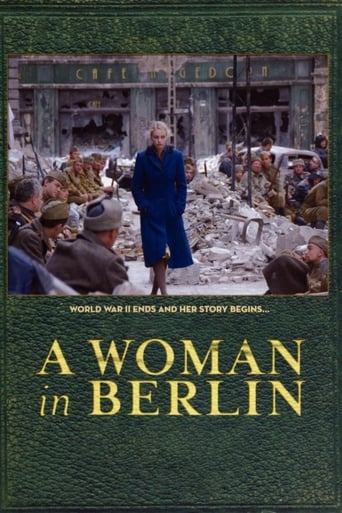 A Woman in Berlin

World War II ends and her story begins...A nameless woman keeps a diary as the Russians in..

A nameless woman keeps a diary as the Russians invade Berlin in the spring of 1945. She is in her early 30s, a patriotic journalist with international credentials; her husband, Gerd, a writer, is an officer at the Russian front. She speaks Russian and, for a day or two after the invasion, keeps herself safe, but then the rapes begin. She resolves to control her fate