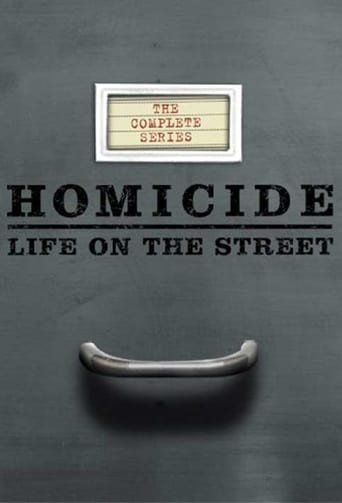 Homicide: Life on the Street

Homicide: Life on the Street is an American police procedural television series chroniclin..

Forgive Us Our Trespasses

Zen and the Art of Murder

A Case of Do or Die

Lies and Other Truths

Sins of the Father

Strangers and Other Partners (2)

Partners and Other Strangers (1)

The Heart of a Saturday Night

Map of the Heart

Scene of the Crime

For God and Country (II)

I've Got a Secret

Thrill of the Kill

In Search of Crimes Past

The Old and the Dead

The City That Bleeds (1)

All Through the House

The Last of the Watermen

Happy to Be Here

Nearer My God to Thee

A Many Splendored Thing

Night of the Dead Living

Smoke Gets in Your Eyes

And the Rockets' Dead Glare

A Dog and Pony Show

A Shot in the Dark

Son of a Gun

Ghost of a Chance

To Catch a Killer: Homicide Detectives

Homicide: Life at the Start

Anatomy of a 'Homicide: Life on the Street'

Interviews with the Cast

An Interview with Barry Levinson

Homicide: Life on the Street is an American police procedural television series chronicling the work of a fictional version of the Baltimore Police Department's Homicide Unit. It ran for seven seasons on NBC from 1993 to 1999, and was succeeded by a TV movie, which also acted as the de facto series finale. The series was originally based on David Simon's book Homicide: A Year on the Killing Streets. Many of the characters and stories used throughout the show were based on events depicted in the book, which was also part of the basis for Simon's own series, The Wire on HBO.Although Homicide featured an ensemble cast, Andre Braugher emerged as the series' breakout star through his portrayal of Frank Pembleton. The show won Television Critics Association Awards for Outstanding Achievement in Drama in 1996, 1997, and 1998. It also became the first drama ever to win three Peabody Awards for best drama in 1993, 1995, and 1997. In 1997, the episode "Prison Riot" was ranked No. 32 on TV Guide's 100 Greatest Episodes of All Time. In 2007, it was listed as one of Time magazine's "Best TV Shows of All-TIME." In 1996 TV Guide named the series 'The Best Show You're Not Watching'. The show placed #46 on Entertainment Weekly's "New TV Classics" list. 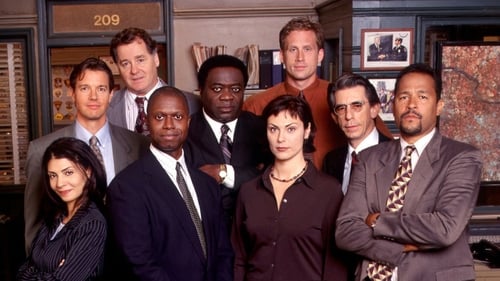